The desire of two old friends who want to get together and have a chat, a laugh in front of a traditional dish and a nice glass of beer.
Ours is simply not an idea, but a desire to find a moment of joy between two friends, a desire to share a land of tastes and endless experiences.
We believe in the magic of moments spent in joy and in the nature of things, the quality of the products that the earth gives us.
So if this were a fairy tale …

Once upon a time in a fairy country, the beer … and they lived happily ever after.

The brewery “Le Fate” takes its name from an old legend about wizards, warriors and fairies. According to the tales of Andrea da Barberino and Antoine de la Sale, the fairies lived at the court of the sorceress Sibilla in a dug cave in the rocks of the mountain.
The cave, also called “The Cave of the Fairies” is located close to the “Monte Sibilla” (2150 mt. above sea level).

Each one of our craft beers is named after a fairy, as narrated in the book “Il Guerrin Meschino” (Wretched Guerrin) by Andrea da Barberino.
The story, dating back to the 1400, is that of an errant knight who headed to the cave of the Sibilla to find out about his origins.

Our farm is adherent to the Italian Consortium of Producers and Barley Beer, the COBI; the only Italian consortium that brings together farmers, as well as being growers of barley, are both manufacturers of craft beer.

The beer, then, is the product of an agricultural chain; a product with special craftsmanship and a love of a process that uses only natural raw materials. 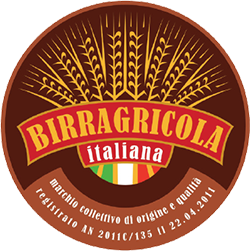 By law, manufacturers must implement agricultural beer brewing using 70% of the raw material grown on their own farms.
The very idea of agricultural beer is then linked to the production in own and the concept of supply chain at km 0; is an act of love towards their own territory and, at the same time, an act of economic and tourism promotion.